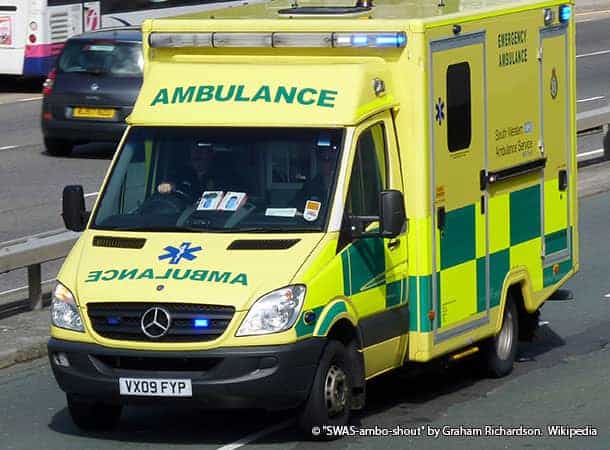 The number of strokes occurring in men aged between 40 and 54 has rocketed by almost 50% in less than 15 years, according to the Stroke Association.

An analysis of hospital admission data by the charity, to mark Action on Stroke Month 2015, reveals that in 2000, there were over 4,260 hospital admissions for stroke among men aged between 40 and 54 in England.

This figure soared to 6,221 in 2014 – an increase of 46%. It is thought that the rise is due to increasing sedentary and unhealthy lifestyles, and changes in hospital admission practice.

Overall, the number of strokes occurring in people of working age (20-64) has risen by a quarter within the past 15 years.

Jon Barrick, Chief Executive of the Stroke Association, said: “These figures show that stroke can no longer be seen as a disease of older people.

There is an alarming increase in the numbers of people having a stroke in working age.

This comes at a huge cost, not only to the individual, but also to their families and to health and social care services.

“The simple truth is that we must do more to raise people’s awareness of risk factors, to help prevent them from having a stroke.

People must have the support they need to make the best possible recovery and avoid having to cope for decades with the disabilities that stroke can bring.”

The charity is warning that the rise in working age stroke means more people will be forced to live with the heavy financial impact of the condition.

Stroke survivors unable to return to work can struggle to cope with a fall in income, increased household bills and a benefits system which does not recognise the full impact of stroke.

Overall, stroke costs the UK economy around £9bn a year.

Loss of income, due to death and disability from stroke alone, is over £1.3billion each year.

A survey of businesses regarding their attitudes on the impact of stroke on their staff, for Action on Stroke Month 2015, showed that:

Just one in 20 employers recognised cognitive difficulties as a symptom of stroke.

When asked why businesses might be reluctant to employ a stroke survivor, two fifths (42%) said that they would have concerns about the impact of a stroke on an employee’s ability to carry out their role.

Half (50%) had not heard of the Government’s Access to Work Scheme.

Jon Barrick said: “Having a stroke is bad enough, but being written off by your employer through a lack of understanding can be catastrophic. Businesses play a crucial role in helping stroke survivors get back into the workplaceand on the road to recovery.

That’s why we’re calling on employers to be aware of the physical and emotional impact of stroke.”

Brendan Roach, Senior Disability Consultant at Business Disability Forum, added: “Our experience of working with organisations for over 20 years demonstrates that businesses with an effective and well publicised process for making disability-related workplace adjustments are best placed to meet the challenge of risings rates of stroke.

That’s why we’re supporting the Stroke Association’s work to encourage employers to understand the needs of stroke survivors and become ‘disability-smart’.”

Hundreds of elderly and vulnerable people across Hampshire and the Isle of Wight will be given carbon monoxide (CO) detectors as part of a campaign led by the Blue Lamp Trust and supported by ExxonMobil Fawley. ...